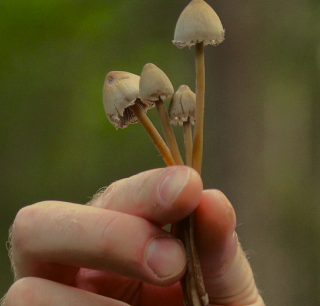 Clearing up the confusion around psilocybin decriminalization.

Psilocybin—the psychedelic compound found in certain fungi (a.k.a. magic mushrooms)—is all the rage right now, and for good reason. Loads of new science supports its long-enjoyed benefits to mental health. As a result, new legislation seeking to decriminalize or legalize its possession and use throughout the country is seemingly announced daily. But much of it is confusing for those without intricate knowledge of the law, and you may be wondering: Where, if anywhere, are magic mushrooms legal?

First and foremost, it’s important to understand that most measures in the US are centered around decriminalizing psilocybin rather than legalizing it. According to Matthew Duffy, cofounder of SPORE, the Society for Psychedelic Outreach, Reform, and Education, the key difference between legalization and decriminalization is that decrim doesn’t include the buying and selling of psilocybin. “Legalization of a substance, essentially, means permission to commodify it,” he says. In other words, in places where magic mushrooms have been decriminalized, it’s still not legal to buy or sell them.

Of course, some are capitalizing on the ambiguity around these new laws, which is why you might see psilocybin for sale—albeit quietly—in places where decrim has been adopted. “In places that are decriminalized—like Denver, Santa Cruz and Oakland in California, and now Oregon—I've seen people selling, but it's not legal,” Duffy says. “It's just that the criminal penalties around commercial exchange are gray, so some people are taking advantage of that.” For example, a shop might sell you something unrelated to psilocybin and then gift you psilocybin, which enables you to “purchase” psilocybin in a way that is technically legal.

Below, find more intel on the various psilocybin-related measures being adopted across the country. 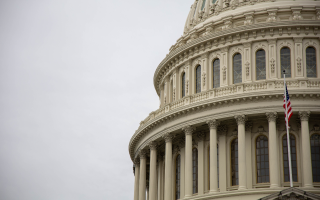 While most efforts, as noted, have been focused on decriminalization, the citizens of Colorado will actually vote next week on whether or not to legalize psilocybin statewide. The proposal, known as the Natural Medicine Health Act (NMHA), would legalize the cultivation, manufacturing, testing, transportation, sale, and purchase of psilocybin and psilocin, the psychoactive compounds in magic mushrooms, and potentially other natural psychedelic drugs including dimethyltryptamine (DMT), ibogaine, and mescaline not derived from peyote. If the measure is approved, it will allow for the sale and purchase of psilocybin at state-regulated healing centers for supervised therapeutic use. Some psilocybin advocates, including Duffy and SPORE, actually oppose this measure, however. “SPORE does not support the NMHA because this policy creates a framework that is inherently inequitable, exploitative, and unjust as the campaign has bypassed the necessary education, resourcing, and community organizing processes that must come first for equitable policy reform to occur,” reads the organization’s position on the matter.

In the city of Denver, psilocybin has already been fully decriminalized. “That basically means it’s the lowest law enforcement priority,” says Duffy. “Technically, you could maybe get a ticket, but it’s a very small penalty, lower than a jaywalking ticket.” There have also been further amendments to the Denver initiative since its enactment, which allow for the growing and sharing of mushrooms without penalty, too.

While psilocybin has not been legalized or decriminalized statewide in California, several individual cities within the state have taken steps to decriminalize mushrooms. Santa Cruz, San Francisco, Oakland, and Arcata have all decriminalized use, possession, and cultivation of magic mushrooms, meaning that investigations and arrests for such behaviors are a low priority for law enforcement.

Earlier this year, the governor of Connecticut signed a budget bill that included provisions for psychedelic-assisted therapy. Under the bill, psychedelic treatment centers will be established in the state to treat patients with psilocybin-assisted or MDMA-assisted therapy as part of an expanded access program for investigational new drugs through the federal Food and Drug Administration (FDA). Psychedelic therapy will be specifically provided and funded for military veterans, retired first responders and health care workers under the budget measure. Psilocybin has not otherwise been decriminalized or legalized in the state.

Oregon has decriminalized small amounts of all drugs and also legalized psilocybin use in certain contexts. “Voters passed two important measures. Measure 110, which decriminalizes small amounts of all drugs, including psilocybin mushrooms, and Measure 109, which legalizes psilocybin in the state for supervised use,” says Duffy. “They’ve legalized psilocybin essentially for therapeutic use in adults, and you don't have to have a diagnosed condition to qualify. But the actual framework and guidelines are not projected to be finalized until 2023.” There has been some blowback to this development, too. Nearly one-third of the state's counties and cities are now set to vote next week on ballot measures proposing to ban psilocybin due to a variety of concerns.

Four cities in Massachusetts have decriminalized use and possession of psychedelic plants: Somerville, Cambridge, Northampton, and Easthampton.

Three cities in Michigan have also decriminalized use and possession of entheogenic plants: Detroit, Ann Arbor (and the county in which it’s located, Washtenaw), and Hazel Park.

In 2021, Seattle and Port Townsend decriminalized plant-based psychedelics. Arrest or prosecution for activities related to psilocybin are now among the lowest priorities for law enforcement in those cities.

Natural psychedelics, such as magic mushrooms, ayahuasca, and mescaline, are decriminalized in D.C. thanks to the Entheogenic Plant and Fungus Policy Act of 2020. This means that arrests for their possession or use are the lowest priority for D.C. police.