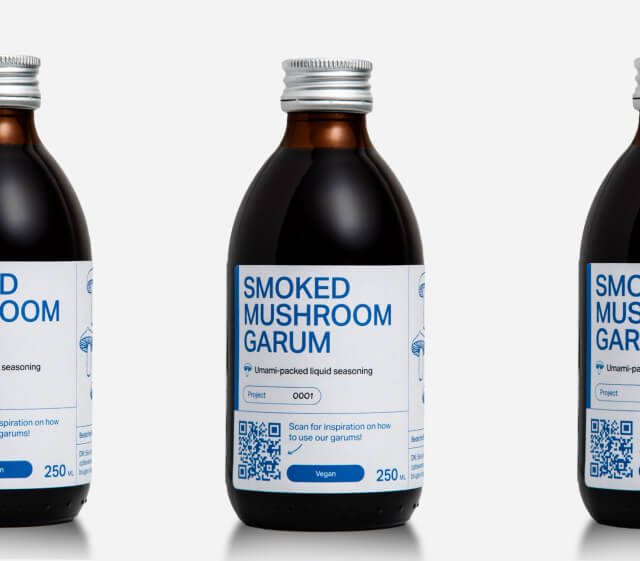 It’s not easy to snag reservations at Copenhagen’s Noma, five-time winner of the superlative “Best Restaurant in the World”; despite nearly 20 years in business, buzz surrounding the three-Michelin-starred space’s innovative, cutting-edge menus has yet to subside, and ticketed resos are typically spoken for the second they’re made available. Fortunately, the restaurant recently decided to sell its *literal* secret sauces online through a new venture called Noma Projects, so that those who fail to snag a table—or, you know, fly to Denmark for dinner— can enjoy the hype from home. The brand’s first pantry offering is a smoked mushroom garum said to be a key ingredient in the restaurant’s success.

If you’re wondering WTF “garum” is, you’re likely not alone. The company describes it as “an umami-rich sauce” that basically serves as a liquid seasoning. Traditionally, garums, which have existed in the Mediterranean basin for centuries, are fermented fish sauces; they rely on naturally occurring enzymes in fish intestines to transform the fish into a flavorful condiment.

By contrast, Noma’s smoked mushroom garum, one of the many innovative garums created in the restaurant's fermentation lab, utilizes koji (a specific fungi grown on grains) as its fermenting agent instead of fish enzymes to create a similarly flavorful, but vegan, sauce. Specifically, the mixture is made by crushing mushrooms with salt and rice koji, letting that blend “brew” for six to eight weeks, and then cold smoking and bottling it.

The resultant garum can be used as a seasoning for any type of food—and the Noma website offers a range of recipes for its use—but the company specifically recommends experimenting with it as a vegetable preparation. “If you’re looking to incorporate more veggies into your diet but have been missing the deep flavor that meat and seafood typically provide, then look no further,” the company says. “We hope our garums will spark culinary creativity and deeper exploration towards a plant-forward diet.”

This initial offering by Noma Projects is available starting today at $24 per bottle, plus shipping. According to the company, it’s the first of many exciting launches to come which promise to bring Michelins to the masses.