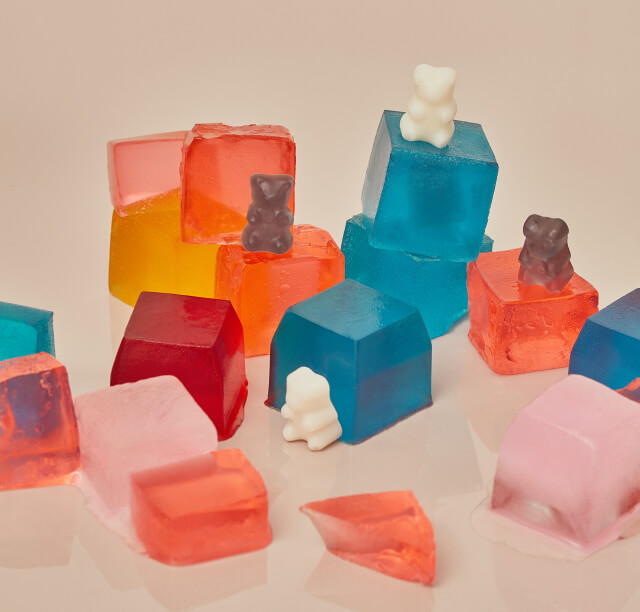 Meet the multivitamin of the future.

Hello, friends! Are you tired, rundown, listless? Do you poop out at parties? Are you unpopular? The answer to all your problems is in this little bottle...

Fungi may not have been the focus of those famous lines when Lucille Ball first uttered them 70 years ago, but her over-the-top sales pitch could almost work for multi-mushroom supplements, which are quickly becoming the multivitamins (or Vitameatavegamin!) of the future.

These relatively new supplements contain a mix of adaptogenic (a.k.a. functional) mushrooms, which is a specific category of non-psychedelic, nontoxic 'shrooms best known for their ability to help the body adapt to stress and regain balance. Their medicinal benefits have been appreciated in parts of Asia for thousands of years, and they have more recently become a darling of the modern wellness movement. Common adaptogenic 'shrooms, such as reishi, lion’s mane, cordyceps, and chaga, have long been utilized to reduce stress, support immunity, and boost cognition, among other benefits, and modern research is starting to support the efficacy of these ancient remedies. “It sounds a little magical when you start rattling off the benefits of mushrooms,” says Erica Huss, cofounder of functional mushroom company Earth & Star, “but there is so much science to support the claims.”

As they’re not always the tastiest, adaptogenic mushrooms are typically consumed in supplement form rather than as whole foods (though some familiar dinner-table mushrooms, such as white button and shiitake, are considered to be adaptogenic). In recent years, however, innovative products have made such 'shrooms far more palatable, and their newest iteration, gummies, might just be the yummiest yet.

There are single-mushroom gummies on the market for fans of individual fungi, but the multi-'shroom varieties starting to spread their spores into the space are even more appealing because they offer a quick and easy way to optimize health by allowing consumption of up to ten super 'shrooms in one sweet snack. Not all are created equal, however; Huss notes that when shopping for any 'shroom supplement, it’s important to look for extracts made from the fruiting body of the mushroom because it’s the part responsible for all the benefits.

Read on to discover three high-quality multi-mushroom gummies that include a range of adaptogenic 'shrooms that collectively promote a sense of calm, enable focus, support immunity, and help with energy levels. Oh, and they taste good too! And while there's no word yet on their ability to make you popular, becoming sharper, healthier, and more zen certainly can't hurt...?

These mushroom gummies come cola flavored (um, yum!). Although they contain fewer types and fewer total milligrams of mushrooms than the others on this list, they are still packed with extracts from functional fungi, including chaga, cordyceps, lion’s mane, maitake, turkey tail, and reishi.