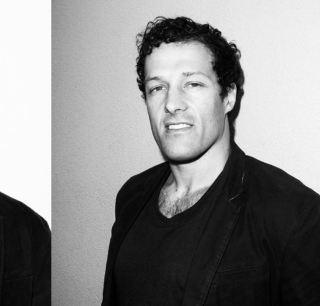 MUD/WTR founder Shane Heath is on a mission to save your brain.

Transforming a homespun health product called MUD/WTR, pronounced “mud water,” into a multimillion-dollar company with nearly as many fans is nothing short of a magic trick. The adaptogenic mushroom-based coffee replacement’s moniker may sound cheeky, but it’s actually literal; drinking MUD/WTR is at least a little like drinking muddy water, and yet thousands of people now do it every day.

The magician behind this phenomenon is MUD/WTR cofounder Shane Heath, who concocted the beverage after realizing his addiction to caffeine was negatively impacting his health. At the time, Heath was working in Silicon Valley, where guzzling coffee was a part of the hustle harder culture. “I thought caffeine was a performance enhancer that was going to allow me to do more faster, but I started to experience anxiety, depression, and poor sleep,” he says. “Being sleep-deprived and then offsetting it with caffeine put me in this state of stress where I wasn’t creative.” Because Heath had artistic ambitions, he felt incentivized to make a change but didn’t know where to start. “There wasn’t a culturally prescribed path that didn’t involve tons of stimulants and deprioritizing sleep in favor of the hustle,” he says.

Blazing his own trail, Heath took a leave of absence from work and went to India, where he completed an arts residency. After eight months abroad, he returned to the States feeling empowered to examine some of his patterns with fresh eyes. “We all love waking up and drinking a warm cup of coffee, but I started to wonder if I loved the coffee or if I just loved the idea of drinking something in the morning,” he says. “I began to view my morning cup as something I drank before pursuing my passion, and through that lens, I thought maybe it could be more than just a vessel for the stimulants of caffeine.”

At first, Heath tapered off his caffeine intake by switching from coffee to chai tea, which he’d acquired a taste for while in India. Over time, he began adding ingredients into the mix that he believed would benefit his lifestyle. “There were dimensions I felt were missing in coffee,” he says. “I was working out twice a day; I didn't want to get sick; I was sore; I was fasting, and I was like, ‘If I'm going to drink something every morning, what if it could support me in those things?’”

For this support he turned to adaptogenic, a.k.a. functional mushrooms. “Mushrooms were a big draw for me. They have wide-ranging benefits, and a lot of them are not so much adding some new dimension to how you feel as they are bringing you back into homeostasis, bringing you back to how you should be feeling,” he says.
‍

Into his new brew, Heath specifically added lion's mane mushrooms for focus, chaga and reishi mushrooms for immune support, and cordyceps for physical performance. He also added turmeric for recovery, cinnamon to curb sugar cravings and support glycemic index, and cacao to round out the flavor profile. The final blend was intentionally designed not to be treat-like because Heath felt that flavor would grow tiresome over time. “I actually wanted it to feel like something that I had to acquire a taste for, something that had the grit and dynamic flavor profile of coffee,” he says.

Initially, the newly minted mixologist prepared this concoction solely for himself, but his colleagues’ curiosity eventually led him to brew bigger batches to share. “People would ask me what I was drinking and why, and I was surprised to find that a lot of people were struggling with the same issues I was,” he says. “Most people wanted to reorient how they found energy, whether that was quitting coffee, quitting their afternoon cup, or trying to sleep better.”

This was Heath’s “aha” moment, when he realized the murky drink he’d created in his kitchen could become a bigger business opportunity. “I had a background in branding, design, and art, and I had this product that I created for myself," says Heath. "I was in a unique position to bring it to the world." Over the course of one weekend, he created a website and put it live. Thus, MUD/WTR was officially born, without much forethought. “This wasn’t a whiteboard business, where I was mapping out market trends and whatnot,” he says. “It came together very quickly, and within a couple months, I was shipping out hundreds of orders a week from my art studio.”

Within eight months, he managed to secure seed funding, bring on cofounder Paul DeJoe, and quit his job to focus on MUD/WTR full-time. That was in 2018. “Today, we're just over three-and-a-half years-old, and have grown a lot,” he says. “We have a 22-person full-time team, and we’ve shipped out over a million orders with just one product and the premise of offering a different path for finding energy.” 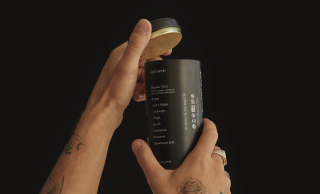 Heath's anti-hustle epiphany that led to the creation of the original MUD/WTR drink has defined the shape of his company, too. Its culture is centered around supporting the well-being of employees, and not by offering them all-you-can-drink cold
brew. MUD/WTR employees get every other Friday off, and the company annually funds a one-week vacation anywhere employees want to go, including silent meditation and Ayahuasca retreats. “These are things that I’ve done or other employees on our team have done that were deeply transformational in terms of finding our true potential, so we feel that if our team as a whole is on that mission, we'll have amazing ideas and ultimately, those short-term costs will pay off massively in the long term,” Heath says.

MUD/WTR also gives its employees free access to a functional medicine doctor, along with a personal coach. Additionally, the company offers a $200 monthly wellness stipend that can be spent on any wellness services or subscriptions the employee wants. With these benefits and policies, Heath says the company is trying to reimagine modern work culture. “We're in this era where we've deprioritized sleep, rest, and contemplation in favor of hustle, busyness, and stimulants, and our psyches are paying the price,” he explains. “And I believe our productivity is paying the price, too.”

The hustle harder way of thinking is a remnant of the industrial age and assembly lines, where hours worked were more closely correlated to work output. In the information age, when a lot of jobs are creative, Heath believes this metric no longer makes sense and productivity is no longer tied to the number of hours worked. “I could work eight hours today and eight hours tomorrow, and what actually gets done in each of those eight-hour periods and the impact that work has on the company could be completely different because on one of those days, maybe I have a creative epiphany that completely changes the trajectory of the company,” he says. Heath believes applying an industrial-age work mentality in today’s information age blocks such epiphanies because being in a stressed, fight-or-flight mode encumbers creativity, as he experienced firsthand at his frenzied job in Silicon Valley.
‍

With MUD/WTR, Heath is maximizing for long-term productivity rather than short-term busyness. He thinks this will help his company succeed in the long run, and while the benefits he offers his employees are not cheap, he is confident his investment in his team’s well-being will also pay off. “Our benefits are an experiment, but it seems to be working. We haven't lost any employees since we started, and we’ve obviously been very productive and are growing at a pretty fast rate” he says.

That growth shows no signs of slowing. In fact, MUD/WTR recently released a second product, MUD/WTR: rest, a caffeine-free blend of adaptogenic shrooms and calming herbs, such as chamomile, valerian root, and passionflower. Next, the company will launch a 10-mushroom blend promoting immunity, energy, and focus that can be added to your morning or evening MUD/WTR, and there’s a cafe space in the works which will soft launch in Santa Monica, California this summer. “It'll be a coworking, mingling space where you can try our products, along with meditation, breathwork, cold-plunge pools, and more,” Heath says. “And we'll be throwing big community events there quite often, too.”

All of these developments are part of a larger mission forming at MUD/WTR, which Heath says is to support protection of the human mind. “We're in a mental health epidemic, and while it may feel normal, to me it begs the question of what’s going on because this isn’t the natural state of being,” he says. “Maybe there’s something we're doing that's ‘off’ in society or in our habits and rituals.” This line of questioning is exactly what first led Heath to the creation of functional mushroom-based MUD/WTR and is also driving his exploration of more potent plant-based medicines like ayahuasca and psilocybin, the psychedelic compound found in magic mushrooms. “It’s opened up a lot of doors in my life for healing,” he says.

As a result, Heath donates a portion of MUD/WTR’s proceeds to the Multidisciplinary Association for Psychedelic Studies (MAPS), a nonprofit working to raise awareness and understanding of psychedelic substances and their therapeutic value. “When you look at some of the research being done on psychedelics, you start to see there's potential light at the end of the tunnel [with respect to mental health treatment],” he says. “It's a really exciting movement, and we want to be a part of it.”

Heath personally adds microdoses of psilocybin to his MUD/WTR a few days a week, along with other therapeutic plant-based ingredients, including maca, ashwagandha, and L-theanine. He notes that this is one of his favorite things about the company's core product, that it can be customized to fit the individual needs of the drinker. “You can make it your own—that’s the beauty of it,” he says. Still, he ultimately believes the magic of MUD/WTR is in its mushrooms. “Where caffeine is stealing energy from the future, in a way, mushrooms might be bringing you back into balance,” he says. “I love the concept of finding out how I was really meant to feel, and mushrooms seem to be complementary to that."