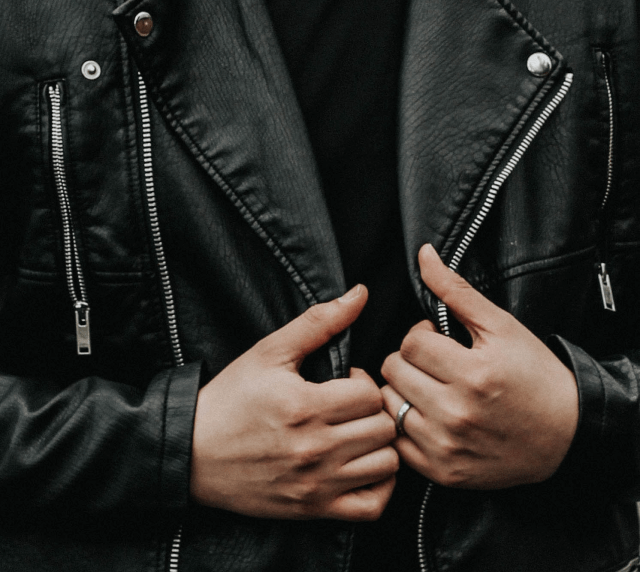 The environmental hazards of traditional leather production have been known for decades, but consumers have become more aware—and less tolerant—of those consequences in recent years as their interest in sustainability has grown. The result: It’s simply not cool to rock the real deal anymore. This sentiment is propelling the vegan leather market to an estimated $45.6 billion global market share in 2022. With this growth comes a surprising new opportunity for mushrooms, which have spread their spores into this space to quickly become an alt-fabric frontrunner that’s better for the environment and sexy enough for adoption by flashy brands, like Hermès.

An emerging crop of fabric solutions experts are pouring their resources into engineering leather from fungi, specifically mycelium, the root-like network of threads from which mushrooms grow. Mycelium has proven to be highly versatile as a sustainable material across many industries and is being used to make everything from alt-meat to car seats to product packaging. Now it’s being transformed into leather. “Mycelium leather is an especially exciting—fine, sexy—category of biomaterial,” says Eben Bayer, co-founder & CEO of Ecovative, which produces mycelium-based materials, including a leather alternative called Forager™ Hides, for companies to use in consumer products.

Other key players in the space include MycoWorks, a company that recently raised $125 million to support the manufacturing of its Fine Mycelium™ material, which is processed into a leather substitute called Reishi™, and Bolt Threads, which makes Mylo™ material. Each of these companies uses a different proprietary method for cultivating and processing mycelia into leather-like materials. While they are fairly tight-lipped about the details of their processes, generally speaking mycofabrication involves cultivating specific strains of mycelia in climate-controlled environments, harvesting them, combining them with binding agents of synthetic or organic origins, and treating them with dyes and other ingredients to make the final product look and feel like leather.

Such mushroom-derived leather has the potential to be more sustainable than cow leather, which does more damage to the environment than almost any other material. For starters, its production doesn’t require the same amount of land as is used for cattle rearing, which means it doesn’t have the same effects of deforestation. Additionally, cows are the leading agricultural source of greenhouse gases worldwide, whereas mycelium naturally captures carbon from the atmosphere. Mycelium also has a much faster life cycle than cattle—it can be grown in a few weeks, rather than years—leading to more efficient leather production, and it can be cultivated in specific shapes and sizes to minimize the waste that ends up on the cutting room floor. Byproducts from mycelium cultivation can often be composted, too.

Currently, most cow leather is made as a byproduct of the meat industry, so as long as there is demand for meat, leather hides will continue to be produced. In other words, mycelium leather production alone will not save the lives of cows or reduce the environmental impact of cattle rearing, but with growing consumer interest in sustainability and an increased awareness of the ethical issues that accompany animal leather, mushroom leather is quickly becoming the go-to for companies that would otherwise turn to synthetic alternatives made from plastic.

According to circularity educator Paul Foulkes-Arellano, those who care about the environment and well-being of living creatures should use eco-friendly mushroom leather rather than PVC and polyurethane leather, a.k.a. pleather. Pleather is currently the most prevalent form of alternative leather in circulation, but it has significant negative impacts on the environment. “Replacing fossil fuel content, like PVC, with biobased content, like mycelium, will generally lower the carbon footprint, especially if that bio content is locally grown,” he says. On top of that, PVC isn’t just bad for the environment. It also negatively impacts the health of humans and animals because it contains disease-causing chemicals, such as phthalates and BPA, and sheds detrimental microplastics into the atmosphere that are then inhaled by all types of animal life. Mushroom leather may be new and as-of-now imperfect but, according to Foulkes-Arellano, it is a no-brainer upgrade from its entirely plastic-based predecessor.

And the fashion set seems to agree. Even at this early stage, mycelium leather alternatives are slowly finding their way into the leather goods industry. Lululemon has adopted Bolt Threads’ Mylo material to make two mushroom leather bags and a mushroom leather yoga mat; Adidas did the same for a mushroom leather Stan Smith shoe; and Stella McCartney is utilizing the material to make the world’s first Mylo clothing garments, in addition to a handbag. Not to be outdone, Ecovative recently launched its Fashion for Good Cooperative, a partnership with Danish affordable fashion retailer BESTSELLER and Tommy Hilfiger parent company PVH. Brands in the cooperative have priority access to Ecovative's mycelium innovations through its Forager™ Hides platform, and the Ecovative team works directly with brands to codevelop custom mycelium materials for a range of end products and consumer applications. And even the famed French fashion house Hermès—which likely never once considered using pleather in its nearly 200-year history steeped in a tradition of luxury leather goods—has been wooed by the appeal of mushroom leather, partnering with MycoWorks on, dare we say, the classiest alt-leather handbag to date.

This transformation of mushrooms into trendy fashion pieces might sound somewhat fantastical, akin to spinning straw into gold, but the jury’s still out on this story’s fairy-tale ending. As Bayer points out, bringing mushroom leather to the mass market is the only way it can actually make a difference in the overall sustainability of the fashion industry—and designer handbags are hardly accessible. “For any of these materials to make a meaningful difference in the world, they have to fit into the existing supply chain of a well-established industry that traces its tradition back for centuries,” Bayer says. “That means being able to make enough material to meet the demand and also partnering with the industry where it makes sense, with tanneries, product designers, and so on.”

Accessibility isn’t the industry’s only challenge. It can be difficult to create a durable product from mycelium without the addition of synthetic chemicals, which can compromise a product’s sustainability, and there isn’t much transparency into who’s using what as companies hold their proprietary formulas close to the vest. Transforming mycelium leather into a handbag, shoe, or other product may also require non-sustainable parts, such as hardware, trims, and adhesives. All of these additions to the core material can compromise the finished product’s ability to biodegrade at the end of its life cycle, so designers and producers need to innovate in this area as well.

Ultimately, it remains true that the most sustainable option for fashion consumers is to reduce the amount of clothing they purchase and keep each article for as long as possible; however, the current boom in 'shroom and other plant-based leathers (made using raw materials such as cactus and even pineapple!) is a promising step in the right direction for the heavily polluting fashion industry. Hopefully these innovations and their adoption by marquee brands signal the start of a new era, one in which brands start truly investing in a sustainable future.

What Mushrooms Mean for the New Year

Dry Out With These 'Shroomy Mocktails

Is a Fungus Apocalypse Really Possible?