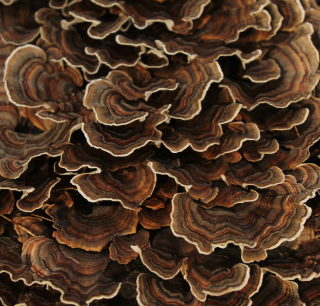 The transition from late spring to early summer isn’t typically the time of year when *everyone* gets sick, but things have changed; it seems *everyone* is currently sick. With this in mind—and Memorial Day festivities on the horizon—you may want to take whatever measures possible to supercharge your immune system. Enter the turkey tail mushroom. This long-revered, gorgeous 'shroom has some serious science-backed health benefits that just may help protect you from getting sick this season.

What Are Turkey Tail Mushrooms?

Turkey tail, a.ka. Trametes versicolor or Coriolus versicolor, is a type of fungus that grows on hardwood trees, both dead and alive, all over the world. Turkey tail mushrooms are one of the most common forms of fungi in North America. Unlike some other 'shrooms, turkey tail is quite easily identified by its layered stripes and distinctive shape, which together resemble the fanned feathers of an actual turkey tail.

What Are The Health Benefits of Turkey Tail Mushrooms?

Today, a significant amount of science supports the medicinal value of this mushroom. “Turkey tail is one of the most widely researched functional mushrooms,” says Huss’ Earth & Star cofounder, Zoe Sakoutis. “It’s renowned for its immune support.”

Research suggests turkey tail has strong antioxidant properties that may protect DNA from free radical damage. This can help to significantly improve certain immune responses. The mushroom specifically contains two notable immune-system-supportive polysaccharides, which numerous studies have shown can improve outcomes in cancer patients when administered alongside chemotherapy. “The immunomodulatory activity of polysaccharide peptides in turkey tail was discovered in 1965 in Japan by a chemical engineer, who observed a case of cancer remission after ingesting yun zhi [turkey tail],” says Huss. “Subsequent research led to identification of two closely related [components] of turkey tail with anticancer activity: Krestin (PSK) and polysaccharide peptide (PSP). Krestin (PSK) has been studied most extensively and is in wide clinical use as an adjunctive cancer therapy in Japan and China.” This miraculous mushroom has also been used more generally to bolster the immune systems of immunocompromised people, she adds.

Turkey tail has prebiotic properties too. “Prebiotics are compounds that induce the growth or activity of beneficial microorganisms, such as bacteria and fungi in the GI tract—your microbiome,” says Sakoutis. This means turkey tail can help to optimize your gut health, which plays an important role in your overall physical and mental well-being.

Though it’s good for you, turkey tail is not exactly delicious, and it’s a bit tough in texture to eat. You can brew it into a tea by boiling dried or fresh strips in hot water for about an hour (strain before serving!), but it’s typically consumed in supplement form. Below, find five of our favorite products featuring this save-you-from-sickness 'shroom. 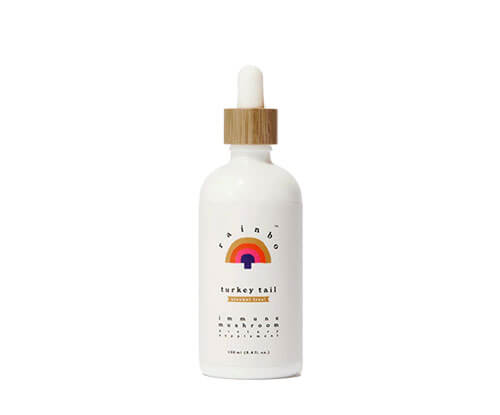 If you’re looking for high quality 'shroom supplements, Rainbo is a great go-to. The mushrooms used in their products are grown locally and organically in Canada, and the company includes the fruiting body in therapeutic dosages, which are actually efficacious. This particular tincture is great for those who prefer to simply slip a sip of turkey tail under their tongue—no muss, no fuss. 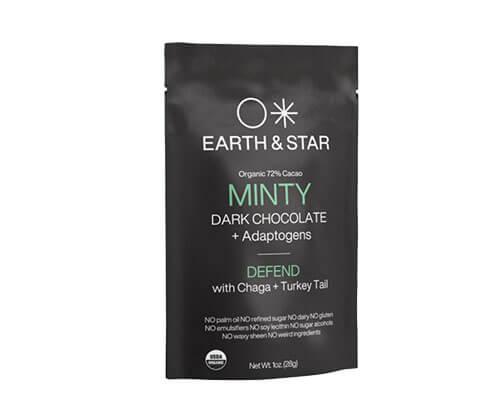 If you’re looking for a tastier way to take your turkey tail, look no further than this 'shroom-infused chocolate from high-quality functional mushroom product purveyor Earth & Star. This treat pairs our star ingredient with chaga, another super antioxidant. And a spoonful of (in this case, coconut palm) sugar helps the medicinal mushrooms go down!

Your premium dark chocolate is super defensive in a good way, with immune-supporting Chaga and Turkey Tail. This package contains 12 bars. 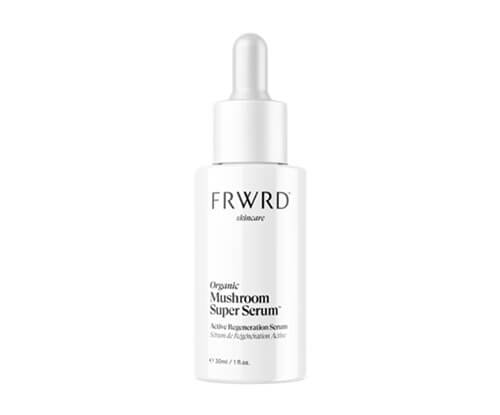 Turkey Tail isn’t just great for boosting your overall health; it can work wonders on your skin, too. The mushroom helps to promote an even skin tone by minimizing dark spots, and its antioxidant content helps reduce inflammation and redness for calmer skin. This 'shroomy serum pairs turkey tail with other derm-saving 'shrooms, including chaga and tremella, to help soothe and hydrate sensitive skin. 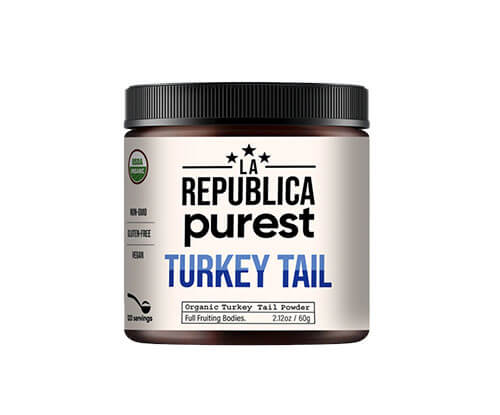 La Republica Superfoods is another need-to-know ’shroom purveyor taking care to make products from the highest quality ingredients. Their extracts are made from the fruiting body of organically grown mushrooms. This one is pure turkey tail, which can be mixed into coffee, tea, smoothies, and soups. 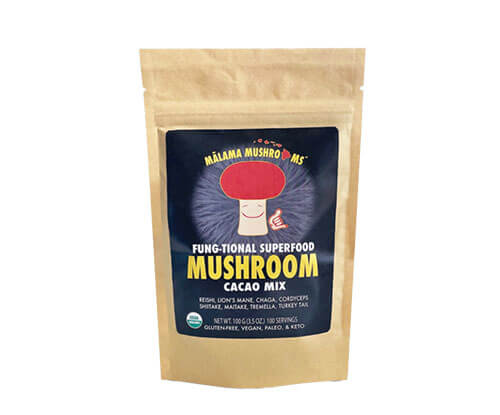 Hot cacao is one of the yummier ways to get your daily/weekly/whenever dose of mushrooms, but if that’s too toasty-sounding as we head into summer, this mix can also be added to your coffee or blended into smoothies and baked goods year round. As its name implies, Mālama 8 is a marvelous medley of eight functional mushrooms, including reishi, lion’s mane, chaga, cordyceps, maitake, shiitake, tremella, and turkey tail.