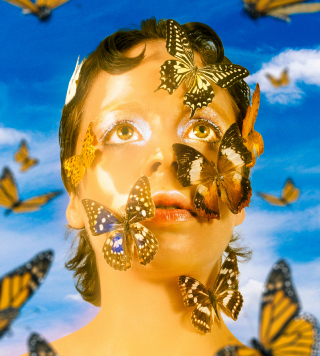 A slew of new scientific studies show magic mushrooms may be effective in treating depression, anxiety, and even Alzheimer’s.

You’re not hallucinating; psychedelics are everywhere right now. Depending on your experience, generation, and myriad other factors, you’re likely to find the current buzz around mind-altering substances to be either exciting AF or a little unsettling. However, this isn’t quite the 1960s (AKA a counter cultural phenomenon). At present, psychedelics, such as psilocybin or “magic mushrooms,” are being scientifically studied for their health benefits, and the sheer number of potential applications being explored is truly mind-bending.

Most notably, clinical trials are showing evidence that psilocybin may be an effective treatment for depression and anxiety. For example, one study showed that a single dose of psilocybin, in combination with professional psychological support, rapidly and significantly reduced symptoms of depression in individuals with treatment-resistant depression, with improvements lasting up to 12 weeks.

Another study of 8,500 individuals found that small doses of psilocybin reduced self-reported symptoms of anxiety, depression, and stress. Psilocybin has also been shown to have benefits as a mental health treatment for cancer patients and others experiencing end-of-life anxiety, and it’s hypothesized that it may help those suffering from post-traumatic stress disorder (PTSD), too. It’s even being trialed right now as a treatment for frontline workers experiencing mood disorders as a result of the COVID-19 pandemic.

Psilocybin therapy is also showing promise as a treatment for addiction. For example, a team of scientists recently found that administering psilocybin to alcohol-dependent rats decreased their cravings, alcohol-seeking behaviors, and tendency to relapse. Another study showed that opioid abuse is reduced in individuals with a history of illegal opioid use when those individuals utilize psychedelics like psilocybin. It’s currently being trialed for other addictive behaviors, including binge eating, too.

While the direct mechanisms by which psilocybin improves these conditions are still being explored, psilocybin has been generally shown to facilitate neurogenesis and neuroplasticity while reducing inflammation in the brain. For this reason, it’s also being looked at as a potential treatment for Alzeheimer’s disease and other forms of dementia.

These developments are all very exciting, but it’s worth reiterating that this science is new, largely preliminary, and, in some cases, controversial. The long-term effects of regular psilocybin use, at standard or micro (e.g. 10 percent of standard) dosages, are not yet known to science.

Still, there’s enough evidence to hope that psilocybin could become one of the first “new” treatments for depression since the development of today’s most commonly used antidepressants, such as selective-serotonin-reuptake-inhibitors (SSRIs). And psilocybin may just be the first disease-altering treatment for dementia.

As studies on the health benefits of psilocybin ramp up, psychedelic mushrooms are simultaneously being decriminalized in cities and states across the U.S., including Oregon, Rhode Island, New Jersey, the District of Columbia, Denver, Detroit, and more. This doesn’t mean, however, that it is legal to sell psilocybin; it just means you won’t be prosecuted for personally possessing it or utilizing it in a therapeutic setting in areas where it has been decriminalized. There’s a long way to go before psilocybin is commercially available the way cannabis is in a growing number of states across the country, and there’s no guarantee it ever will be.

Still, the slow removal of roadblocks against personal and therapeutic use are promising for advocates of the many benefits of psilocybin that science is starting to demonstrate. The shroom-fueled experiences happening today may not be your mama’s trips, but that’s not a bad thing. As mushrooms go mainstream, they may offer more than just a good time. They may offer a better life.