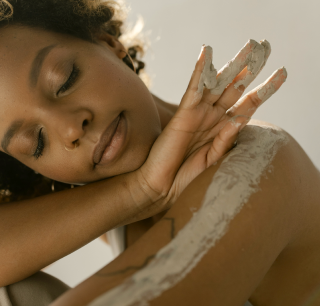 FYI: Your body's full of fungi.

Who would have guessed that biomes everywhere would get their cool-kid moment? First, the gut microbiome received its due adulation. Then came the biome on your skin, and even the one—ahem—down there, in the nether regions. And now, fungi are starting to get in on the biome buzz. The human mycobiome—or the fungal community growing in your body right this very minute—isn’t hot stuff quite yet, but it’s about to be.

According to Mahmoud Ghannoum, PhD, author of the book Total Gut Balance, people have been using “bacteria” and “microbiome” interchangeably for the last few decades, but these environments on your body are so much more complicated (and cool) than that. “When a lot of people talk about the 'microbiome,' they're really talking about bacteria. However, in our body—all over the skin, the gut, the mouth—we have both bacteria and fungus. The 'mycobiome' is the fungus community that lives in our body.”

Rather than operating on their own, these bacteria and fungi play together in what Dr. Ghannoum calls “a sandbox” all over the human body. “If you look at only one community, it's not telling you the whole story of how these microbes can affect our health and disease,” he adds. That’s why he’s been spearheading research on how the mycobiome works within the microbiome to either help or hinder certain diseases and conditions.

For example, science-minded folks are pretty sure that the mycobiome contributes to keeping the gut microbiome in homeostasis, a state of equilibrium. (And thus, your mycobiome may protect your body against things like Crohn’s Disease.) Yet another study found clear differences in the mycobiomes of people with atopic dermatitis (a.k.a eczema) and people without. And still more research has identified that 20 percent of people with vulvas have a problematic type of fungus called Candida albicans that causes infectious vaginitis—which may lead to very sexy irritation and odor.

Most mind-blowing of all, perhaps? There’s evidence to suggest that certain fungi within the mycobiome may contribute to neurological diseases like Alzheimer’s, ALS, and MS. This research is still new, but its findings hold quite a bit of promise if scientists can determine how to combat these harmful fungi.

Ultimately, we’re just beginning to scratch the surface when it comes to what we know about the mycobiome, and how to apply that knowledge. That said, Dr. Ghannoum explains that you can rebalance and support your inner-mushroom colony with certain dietary choices. “Fungus, especially Candida, loves sugar. Try cutting down on sweets and increasing the amount of protein you eat—especially if you only eat plant proteins,” says Dr. Ghannoum.  He also recommends eating plenty of fiber from sources such as bananas and oats. “These fibers will support the beneficial bacteria, which keeps Candida and the fungus under control,” he explains.

As you pile your plate high with fiber and protein (and okay, maybe a little less sugar), remember that you’re doing it for your mycobiome—which is, you know, way better than doing it for the 'gram.