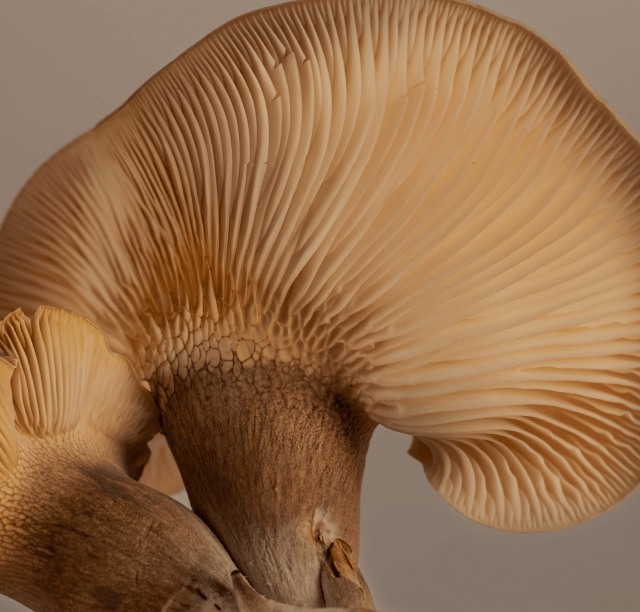 Non-psychedelic mushrooms can cut your cancer risk in half. Here's how.

Psychedelic or not, fungi are straight-up magic. Though regular mushrooms—the kind you might eat for dinner, that is—may not be psychoactive, they are undeniably magical when it comes to their impact on health and well-being. Case in point: A recent meta-analysis of several studies showed that eating approximately two mushrooms per day can lower your risk of developing cancer by an astounding 45 percent. Now that is a trip!

But what exactly it is that makes 'shrooms so special is difficult to discern from a nutrition label. “Despite their health benefits, mushrooms don’t provide huge amounts of any single nutrient that appears on a Nutrition Facts panel,” says dietician and Craving Something Healthy founder Anne Danahy, RDN. To fully understand the depth of a mushroom’s nutritional prowess, you have to dig a little deeper. “Mushrooms really shine for their antioxidants, and the specific type of fiber they provide—neither of which is something you'll find on a food label,” says Danahy.

Below, she shares the basic nutrients you’ll find in every mushroom, as well as the “magic” components hiding in their caps, gills, pores, ridges, and teeth. Read on to learn more and discover how to incorporate these health boosters into your diet.

Certain mushrooms also contain vitamin D, making them the only non-fortified vegan source of the vitamin. “Some mushrooms are exposed to UV light when they're grown, and these can be a good source of vitamin D,” says Danahy. While not every mushroom is supplemented in this manner, you can DIY this effect by placing store-bought 'shrooms in direct sunlight for 15 to 20 minutes. Portobello, cremini, and white button mushrooms provide the highest amounts of vitamin D after such exposure.

“Magical” mushroom nutrients you may not find on a nutrition label

If the above intel feels a bit underwhelming, that’s because mushrooms are like a job seeker with an unimpressive resumé—you have to bring them into the office for an interview before you can see their “wow” factor. The real magic in mushrooms is largely due to three somewhat obscure components:

Remember that specific type of fiber Danahy mentioned above? It’s called beta glucan, and it’s badass. “Beta glucan is a type of soluble fiber that’s also found in foods like barley and oats,” Danahy says. “It can help balance blood sugar, lower LDL, or ‘bad’ cholesterol, and stimulate your immune system.” It also acts as a prebiotic, which means it encourages the production of good gut bacteria. “Supporting your gut bacteria provides even more benefits for your immune and digestive health,” she adds. While you’ll find beta glucan in all mushroom varieties, it’s especially present in shiitake, maitake, reishi, and oyster varieties.

In general, mushrooms tend to be rich in antioxidants. “These antioxidants help protect your cells from oxidative damage that can lead to chronic disease, including cancer,” says Danahy. "In fact, many types of mushrooms have been shown to have antitumor activity.” Japanese  "meshimakobu,” cordyceps, and oyster mushrooms are just a few of the fungi in this f-ing cool anti-cancer category.

Mushrooms specifically contain ergothioneine, a super potent antioxidant amino acid that helps prevent cellular damage and can only be found in dietary sources. One study showed 'shrooms contain at least 10 times more ergothioneine than any other food source, with oyster, shiitake, and maitake mushrooms containing the highest levels of this antioxidant. Ergothioneine intake may help to prevent cardiovascular disease, liver disease, neurodegenerative diseases, such as Alzheimer’s and Parkinson’s, and conditions caused by chronic inflammation, such as rheumatoid arthritis, Crohn’s, and inflammatory bowel diseases.

Mushrooms are also high in the “master antioxidant” glutathione. Glutathione neutralizes oxidative stress and can lower inflammation, boost immunity, and regulate hormones. It’s found naturally in the body, but its production slows with age. This depletion is associated with neurodegenerative disorders, immune diseases, pulmonary disease, cardiovascular disease, and liver disease. Mushroom consumption can help raise these levels, thereby protecting the body and mind.

Terpenoids are a class of chemical compounds found in mushrooms and plants that have antimicrobial, antiviral, anti-inflammatory, and antioxidant properties. Given these traits, they’re likely responsible for at least some percentage of mushrooms’ anticancer and chronic-disease prevention benefits, says Danahy.

How to incorporate life-saving 'shrooms into your diet

If you’ve learned anything by now, it should be this: Eating a large variety of mushrooms can infuse your diet with a number of benefits. And for Danahy, three mushroom varieties—portobello, shiitake and maitake, and porcini—stand out from the rest when it comes to cooking.

“I love portobello mushrooms for their meaty texture and flavor. They're great for grilling and satisfying for a vegetarian meal,” she says. Danahy is partial to shiitakes and maitakes because they’re easy to find, offer anticancer properties, and effortlessly elevate simple weeknight stir fries. (They’re great in this kimchi soup, too!)

“My all-time favorite mushrooms are porcini because they add amazing meaty, umami flavor to soups, stews, risotto, and more,” she says. “They're traditional in Italian dishes, but I use them in many vegetarian recipes because they're a natural flavor enhancer.”

If you don’t have time to stew up ’'shrooms on the regular, worry not as they can be easily consumed in a variety of formats. Below, shop three different ways to get your daily dose. 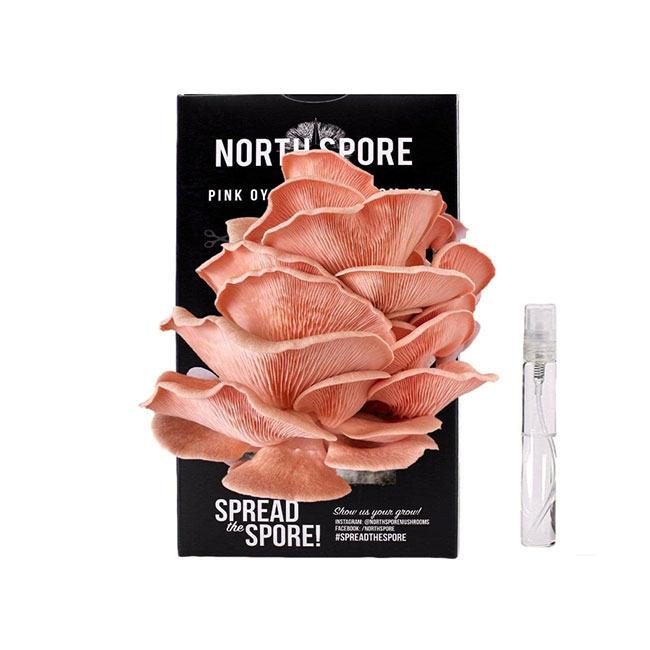 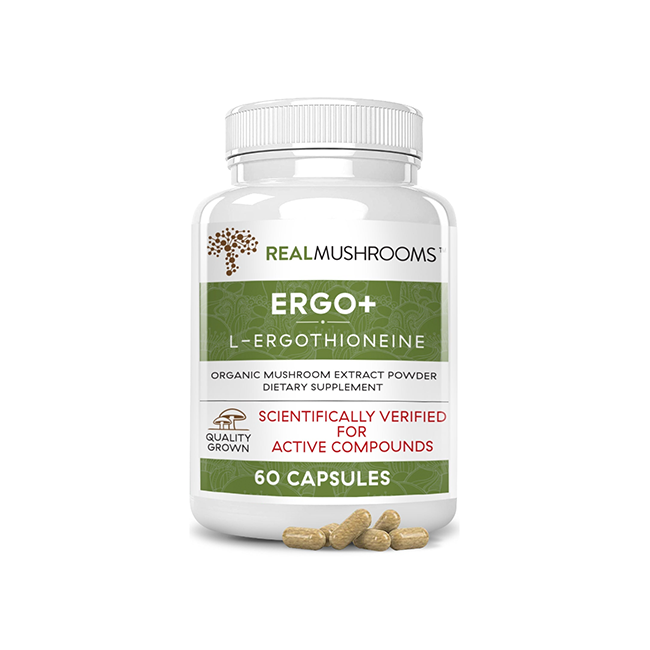 These capsules are composed of ergothioneine, shiitake mushroom extract, and oyster mushroom extract to boost immunity, reduce inflammation, and ward off illness and disease. 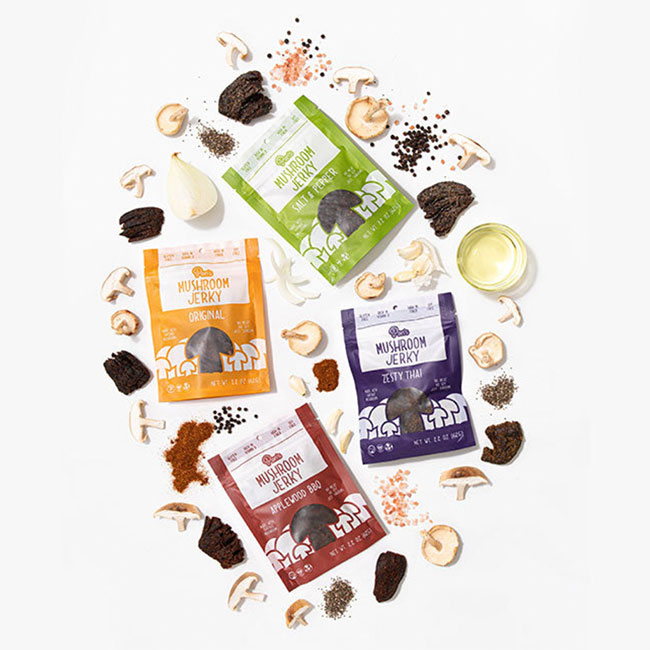 This jerky is made from shiitake mushrooms rich in health-protective compounds, such as ergothioneine and beta glucan.